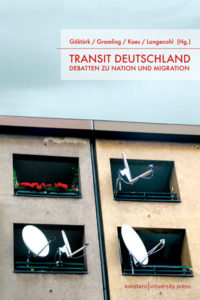 The documentation clearly demonstrates that migration has been a European project with global implications from the 1950s on, despite national preoccupations of current debates on integration of migrant populations in Germany and other countries. 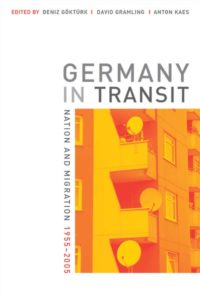 Germany in Transit: Nation and Migration, 1955-2005 is the first sourcebook in any language to document Germany’s transition into a multiethnic society – from the arrival of the first guest workers in the mid-1950s to the most recent reforms in citizenship and immigration law. The book charts the highly contentious debates about migrant labor, multiculturalism, and globalization that have unfolded in Germany over the past fifty years – debates that resonate far beyond the country’s borders.

“A pathbreaking book about postwar Germany on its way to Europe and the modern world… precisely researched and creatively organized. This is indispensable reading for any who wishes to take part in the conversation about cultural diversity. It is perhaps telling that no such book has yet been published in Germany: the perspective from abroad opens new horizons.” (Zafer Senocak, author of Atlas of a Tropical Germany: Essays on Politics and Culture, 1990-1998).

“The book is first-rate: historically accurate, thickly textured, and methodologically cutting-edge. Even experts in migration studies an German studies will be inspired by the astonishing range of materials gathered in this important yet readily accessible book.” (Leslie A. Adelson, author of The Turkish Turn in contemporary German Literature: Toward a New Critical Grammar of Migration).