Behind the Apron: An Investigatory Dive into the Lives of Overlooked “Essential Workers”

Scan products. Put items in bags. Collect payments. The repetitive and monotonous movements of supermarket cashiers often went unnoticed by the average customer — until the pandemic introduced the practice of self-checkout, which reminds us of the indispensable labor of these once “invisible” essential workers, who, it turns out, also live colorful lives outside of their day job. In this blog post, Berkeley Senior Ellie Grintsaig reflects on the process of investigating the overlooked lives of supermarket cashiers in her first documentary short, Behind the Apron, a project that grew out of Prof. Deniz Göktürk’s spring 2022 seminar on Documentary Forms (Film 125 / German 184).

I applied to Safeway simply as a Summer job before I began college. Having gone to private school my entire life, I was often surrounded by a very similar and familiar community—a comfort zone. Safeway, however, expanded that worldview. Not only did the job allow me to fulfill one of my childhood dreams of working as a cashier, but it introduced me to an array of individuals I would otherwise never meet, or simply see in passing. Although it’s quite evident that there are many people existing everywhere who live different days than us, it was during that job that it truly seeped into my consciousness. Not only was I surrounded by strangers, but I was surrounded by an expanse of life experiences I hadn’t been able to hear yet, and that became my mission.

My immediate superior, Nazanin, was actually my inspiration for this film—although she’s not featured in it. She was extremely intimidating initially, through her curt responses and her hasty, agitated demeanor. Eventually, she fell victim to my quick wit and we were inseparable. She was far older than I was, but we quickly became best friends—even though she’d roll her eyes every time I’d refer to her publicly as my “bestie.” Despite her standoffish manner, upon first glance, she was actually anything but. She told me all about her undergrad experience in Oxford and her brief dalliance with pink hair and late-night clubs. Needless to say, I was shocked. I realized how quickly I’d rushed to judge my coworkers when they live entire lives unbeknownst to me and the automated-sensor walls of Safeway. Thus arose my passion to create a film—one that would outline individuals who are often judged and overlooked. 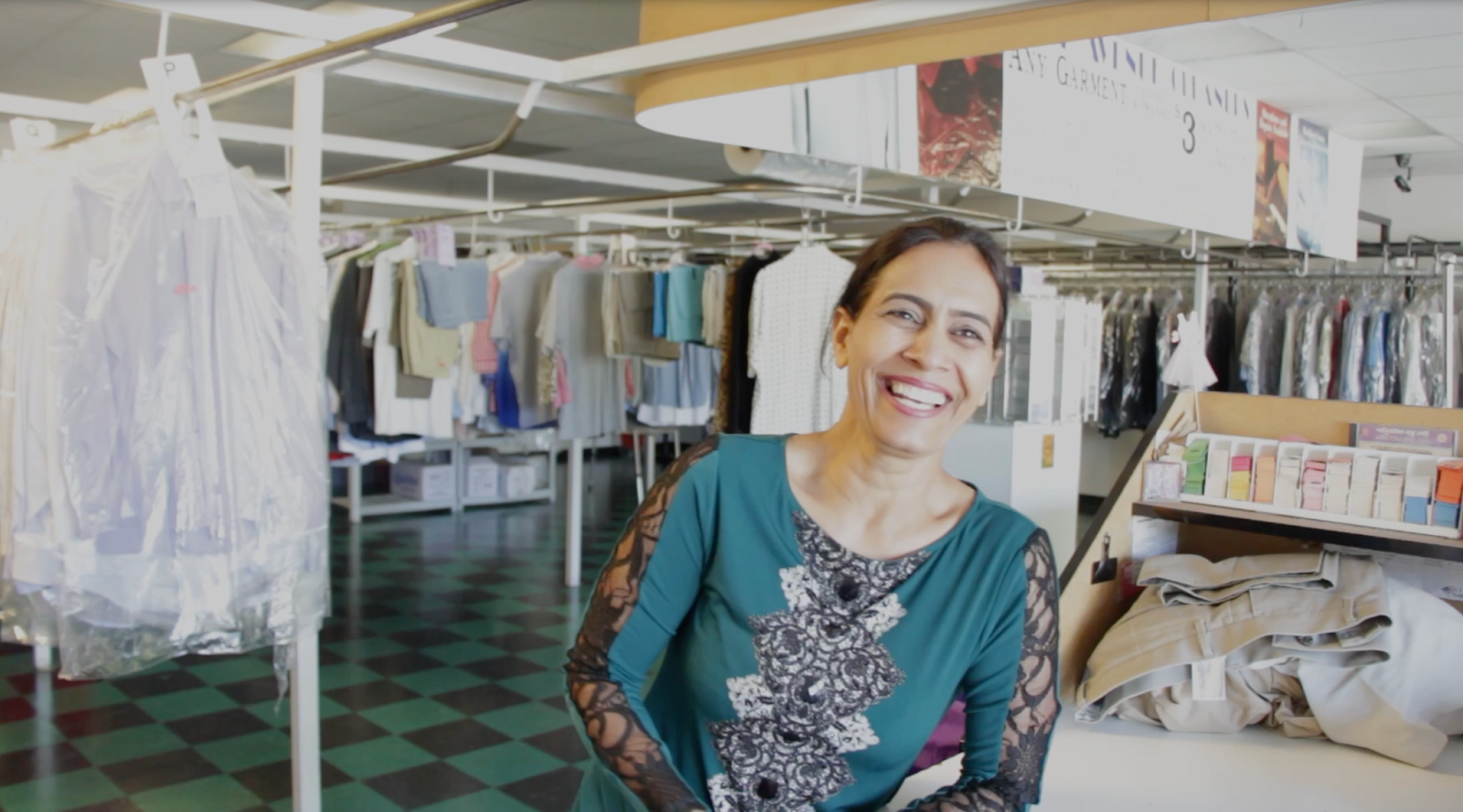 When I was a child, I was somehow under the impression that grocery store employees lived in their place of employment. I would go to school, the park, my friend’s birthday party, and my house, and somehow they’d always remain behind their check stands. Although that belief faded rather quickly, it felt as if many customers believed the same fable as they passed by me day after day. When we enter the grocery store, we often come with a list, as if on a mission to most properly and efficiently retrieve our necessities and move on to our next quests. As a result, grocery store employees are often treated as a means to complete that errand, rather than as human beings. When I came back to Safeway, after my university closed for covid, I became intent to create a film outlining these employees who were now labeled “essential.”

Not only was I driven by my own curiosity, but I was hoping to someday fuse countless interviews into a finalized product—a documentary. Even if it wasn’t to be broadcasted worldwide, I believe the impact of an audience, of any size, hearing a complete stranger’s stories is substantial. So I set out to interview anyone I could—later finishing with ten interviews. When I joined Prof. Deniz Göktürk’s documentary film class at UC Berkeley in 2022 (this past semester) and was provided the opportunity to create a film as a final project, I didn’t want to turn it down. It was incredibly challenging to shoot hours of film and transform it into a five-minute product, but I view it more as a teaser. Even just a small entryway into the lives of those lost behind their aprons can inspire a continued discussion. I hope to someday make this project into a full-length film, but I’m eternally grateful for everything I’ve learned along the way. Not only have I had the privilege to listen to my coworkers’ thoughts and stories, but I’ve been able to learn from each of them through countless iterations of the film. Although I stopped working at that store several years ago, I still visit frequently and I’m always welcomed by familiar faces—people I’ve taken the time to get to know.