Reflections on a Postmigrant Turn 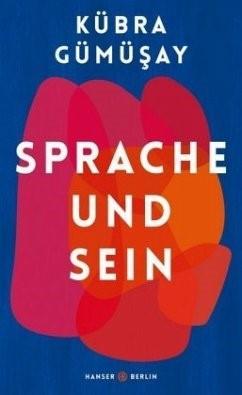 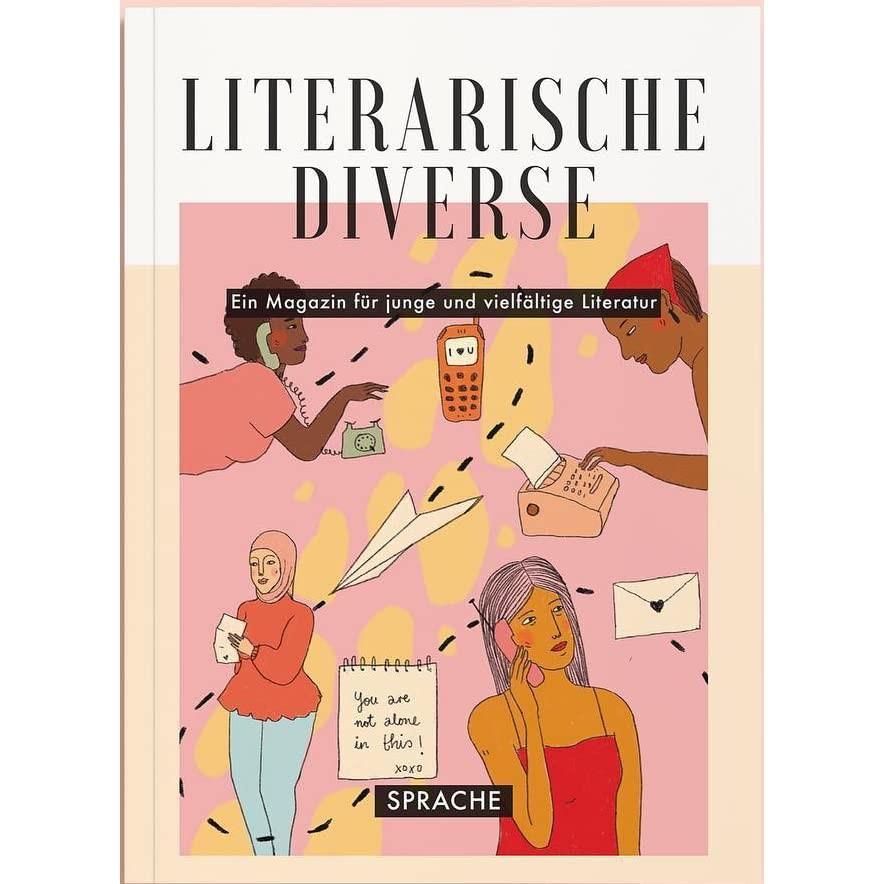 Since the beginning of the COVID-19 pandemic in 2020, anti-immigrant violence saw a sharp increase in Europe and North America, as frustrations about the public health conditions and the governments’ responses to the state of crisis resulted in a rising tide of xenophobia. In this blog post, guest contributors Rahel Cramer (Macquarie U), Jara Schmidt (U Hamburg), and Jule Thiemann (U Hamburg) reflect on the connections between contemporary events and academia and advocate for a postmigrant turn in German Studies, an approach that foregrounds the notions of “postmigration” and “post-monolingualism” as the keys to challenging monolithic narratives of historiography and national homogeneity. You can read the post in the original German here.

Since the turn of the millennium, the term “postmigration” has gained momentum in the humanities, especially in the German, but also in the European context. At the same time, writers and artists have started to draw on the term to designate their own artistic work or activism. This indicates the creative and political potential of postmigrant artistic work in today’s multicultural and multilingual societies. In our research, we investigate these phenomena from an interdisciplinary perspective that combines literary studies, media studies and sociolinguistics. We argue for a postmigrant turn that foregrounds the notions of “postmigration” and “post-monolingualism” as the keys to challenging monolithic narratives of historiography and national homogeneity.

About the Term: “Postmigration” Explained

Shermin Langhoff, a Berlin-based theater artist, introduced the term “postmigrant” in reference to her theater work for those “who have not migrated themselves, but who bring with them a migration background as personal knowledge and collective memory.” Furthermore, the term stands for “the entire common space of diversity beyond origin in our globalized, often urban life.” Sociologist and educationalist Erol Yıldız further defines the term “postmigration” in the sense of a figure of thought that means “overcoming thought patterns, rethinking the entire field in which the discourse on migration is embedded”1 – in other words: a contrapuntal interpretation of social conditions. A postmigrant perspective contests the formation of national myths and calls for a critical look at historiography, in which processes of migration and flight are often told from the majority’s perspective.2 Therefore, the validity of dominant discourses must always be questioned by way of a postmigrant turn that no longer sees postmigration as a mere object of investigation, but as a category of analysis.

Discursive Shifts in Literature and Language

However, the critique of dominant discourses should not be limited to the academic context. Representatives of the postmigrant generation are increasingly creating realms of their own,  which are not only accessible to an academic elite, but also to the general public3 – e.g., through blogs, social media or essayistic writing. One example is the activist, journalist and author Kübra Gümüşay, who published her first book Sprache und Sein (Language and Being) in 2020. In it, she follows her desire for a language that does not reduce people to categories, a language that allows for diversity and enables everyone to speak freely and as equals. By examining different perspectives, she explores the power of language, especially how language shapes our thinking and determines our politics.

According to Gümüşay, terms such as “mansplaining” and “alman” (Turkish for “German,” often used in a derisive manner in reference to clichés) or “old, white man” are met with resistance from those who receive such a label because the terms call for a change of perspectives and demonstrate to the ruling class that supposedly neutral views can have an oppressive effect. At the same time, this change of perspectives also draws attention to the principle of “attribution of foreignness” as well as an “attribution by a stranger” (“Fremd-Zuschreibung” in a double meaning), through which behaviors of individuals are explained primarily on the basis of ethnic, cultural, and national affiliations. For the first time, “old, white men” are critically assigned under a general category of privileged men who never question their status and who reject both feminist and anti-racist positions. Those who are called out consider themselves reduced to a negatively connoted category and thus react with anger.4 Yet, migrants or other marginalized groups are constantly confronted with the humiliating and incapacitating circumstance of being reduced to a negatively connoted category. It becomes obvious, according to Gümüşay, how people are made invisible as individuals when they are always seen as part of a group and are only allowed to express themselves as such. Only when all perspectives – regardless of origin, appearance, religion, gender etc. – are considered on equal footing, can all people speak freely.5

Another example is the magazine Literarische Diverse (Literary Diverse), edited and published by Yasemin Altınay. The anti-racist and power-critical magazine, whose first issue on the topic of Engagement was published in December 2019, primarily publishes texts that are intended to serve as self-empowerment for LGBTQI+ writers and writers of color. The second issue on Language was published in summer 2020. One of the publications in this issue, Jessica Agirman’s poem “Mama macht Musik” (Mom Plays Music), valorizes the concept of multilingualism against the narrow conception that multilingualism can be an advantage only if the mother tongue in question is, e.g. English or French, but not, for example, Turkish or Polish. Agirman writes:

[Mom speaks and her tongue is a / Colorful mosaic of the most beautiful chords, / A perfected puzzle made of / Different pieces, therefore / Her language can never be broken.]

A so-called “broken German” is thus contrasted with the empowering image of a colorful mosaic and a perfected puzzle. This is in opposition to the ideologized concept of a mother tongue, which, often conceived as a seamless unity, is equated with national and ethnic identity.6 Samira Ghoualmia’s poem “I miss mother tongues from fatherlands I have never been to,” on the other hand, displays the intersectionality of origin/ethnicity and class discrimination:

Academic language becomes a shield against those who encounter the lyrical “I” as an Other and who associate the lyrical subject with a class that is less likely to be educated because of her “migration background.” Books like Gümüşay’s or magazines like Altınay’s make it clear that post-monolingualism must be considered in the complex context of postmigrant diversity and must be understood intersectionally, for example, by way of its entanglement with class or other realities of discrimination.

Reflecting on the question of language, Yasemin Yildiz contests national mythmaking in her work Beyond the Mother Tongue: The Postmonolingual Condition (2012). She questions the idealized concept of the “mother tongue” as the only privileged language that propagates the exclusive connection between language, “true” origin and (national) identity (Yildiz, 203). This concept is at the heart of the ideology of monolingualism that emerged in the late 18th century and formed the foundation of the modern nation state. By analyzing the multilingual practices of a number of German-speaking writers, Yildiz shows that the “mother tongue,” instead of only having positive connotations, can also be associated with alienation, restriction, stigmatization, social humiliation, or state violence. According to Yildiz, multilingualism, as well as languages that are not considered to be mother tongues, can offer an escape from the totalizing effect of the mother tongue. The texts analyzed in the volume also illustrate that the authors who practice multilingualism do not reject German in any way, but adopt the language as something other than what is desired in public discourse. Such a view calls into question the connections between language, nationality and ethnicity, just like in the poems from Literarische Diverse described above.

In her analysis, Yildiz uses the term “post-monolingualism” to designate a field of tension in which the monolingual paradigm continues to prevail, while multilingual practices also persist or reemerge. With the help of a postmigrant approach, this field of tension can be placed in a broader sociocultural context. Language can thus be examined in terms of its interconnections with e.g. ethnicity, gender or religion as a starting point for social injustice. A research agenda under the broader term of postmigration, which integrates a post-monolingual perspective, thus draws attention to the overlap or simultaneity of linguistic diversity and other structural categories that generate inequality – in one word: intersectionality.

Based on the increasing diversification of our society and the observation that in academic and social discourses, voices for a more just coexistence beyond homogenizing categories are becoming stronger, we argue for a theoretical turn in which postmigrant approaches become inter- as well as transdisciplinary means and medium of knowledge. The postmigrant research agenda, to which we dedicate ourselves, involves the integration of a post-monolingual perspective, since linguistic diversity or language is a central category (of discrimination), which must be examined in connection with other structural categories, in order to enable a comprehensive analysis of our postmigrant society and its resistant procedures directed against attempts at norm setting.

2 A central criticism of the term postmigration is that the prefix “post” could be misunderstood and interpreted as overcoming a negative frame of reference – e.g. as in the case of the terms postcolonialism, postnationalism or post-racism. This would imply that migration represents something negative that needs to be overcome or ended. Instead, the prefix refers to a society shaped by migration, in which past and existing migration is the normal case. Similar to postcolonialism, it is also about taking into account social (power) structures that have been and are still being permanently changed by global migration movements. Cf. Naika Foroutan: “Die postmigrantische Gesellschaft,” in: Bundeszentrale für politische Bildung. Kurzdossiers. Zuwanderung, Flucht und Asyl: Aktuelle Themen from 04.20.2015, (accessed on 08.11.2021).

3 The question of audience deserves a more detailed examination that goes beyond the scope of this blog post. Granted, social networks also create their own “bubbles,” in that not everyone can always see everything, but in principle the internet, a site where resistance constantly takes place, is much more accessible to many than academic discourse.