Teupert: From Pretzels to Baklava 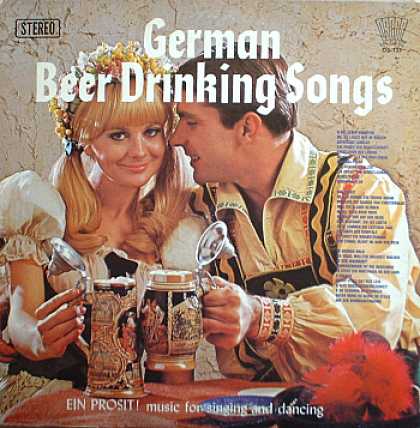 How might we reanimate interest in German Studies without the lure of stale cultural clichés like pretzels and beer? Our own Jonas Teupert, PhD Candidate in German Studies here at UC Berkeley and coordinator of a new student blog focusing on pop culture called Aufmerksamkeitsdefizit, suggests baklava.

At the Zoom roundtable “New Directions in German Studies” on November 6, MGP Coordinator Deniz Göktürk (UC Berkeley), Johannes von Moltke (U Michigan), Rüdiger Campe (Yale), and moderator Johannes Türk (Indiana U) discussed possible futures of a discipline facing waning job prospects for graduate students and neoliberal divestment on an institutional level. In the conversation, two seemingly opposite ideas emerged: First, there was a consensus that German Studies should be practiced in relation to other disciplines, nations, and languages, rather than holding up a monumental notion of German culture. At the same time, however, the panelists conceded that German departments needed to present themselves in their specificity to attract undergraduate students and to maintain their standing within the university.

In a humorous remark, Johannes von Moltke warned of such endeavors that promoted German culture with events like “Wandertag” (hiking day) or by bringing pretzels to class. It appeared that these well-meaning attempts to raise interest in German Studies were at odds with the ideal of a discipline that overcomes attachments to such outdated notions as the mother tongue, as Deniz Göktürk remarked, Heimat, or even the nation itself. Should we not rather focus on transnational phenomena that constitute the objects of our studies as, for example, the mediation of the Kafka-reception through the United States, which Rüdiger Campe pointed out?

At this juncture, the two main concerns of the roundtable seem irreconcilable indeed. What, however, if we brought baklava to our German classes rather than pretzels, not least since the Middle Eastern pastry outdoes the popularity of pretzels, at least in Berlin? This choice of snack is no trifle matter as it concerns the self-understanding of the discipline in a most central way. While the German culture that our departments represent as some sort of cultural embassies abroad may very well exist in differentiation from, say, French or Polish culture, this German culture is not merely made up of things exclusively German. The word “German” at this very point in time rather signifies an intersection between various cultures taking a specific shape that can be distinguished from others.

In this constellation, what is German is always already outside of itself and subject to dynamic change. What we present to our students as worthy of their time at the university is thus not a prepackaged set of German export goods, from pretzels to Goethe, but a specific force field that teaches them about issues of increasing relevance today. For example, how does German society grapple with new cultural influences and the sense of loss that is at the center of so many contemporary crises of national identity? This question focuses on German texts, institutions, and media, yet generates answers that do not merely pertain to Germany (or other German-speaking countries) and that lead our attention elsewhere.

At present, Germany is known in the world as a country that addresses global issues in a specific way, sometimes with varying degrees of success (we can think of Angela Merkel’s declaration that “Multikulti ist gescheitert” and how we position ourselves to it). This engagement with questions of a global concern has to be situated in the context of German history, for which our discipline provides expertise. What we then convey to our students is a transnational Germany or German culture and pretzels do not have to come with it any longer.

One Response to Teupert: From Pretzels to Baklava